We loved Kennedy Space Center and it was easily the best value, most interesting attraction we went to (we went to Disney, Universal and Legoland too, so there was competition).  My son and my husband are very interested in space, but me not so much so.  Even I enjoyed it and learnt a lot, so this is somewhere highly recommended.  There is easily a day’s worth of things to do and if you are into space I’d suggest putting aside two days to fit it all in. We arrived soon after it opened and left after it shut, but we still had quite a bit to do.  Some of the talks vary each day, so visiting on two separate days will mean that you have different talks to go to potentially.  For example, the Meet the Astronaut event usually sees the same astronaut there for 5 days, but with careful timing you could get to go to two different talks if you visited twice on your trip.

Making the Most of Your Visit

This was a really inspirational talk and well worth going to.  We heard Don Thomas speak about his experiences and he was a great speaker.  We learnt a lot about what it takes to be an astronaut and about what being in space is really like. You can read a little more about our personal experience at Don Thomas’s Meet the Astronaut talk here.

This is well worth doing and I’d suggest going early in the day because the queues quickly become lengthy.  It’s a good way to get an understanding of the site and the guides are very knowledgable.  You may hear the same jokes more than once though as you will be hopping on and off the bus at the Apollo/Saturn V Center, which is a highlight.  The Apollo/Saturn V Center has a cafe and is a reasonable spot for an early lunch if you do the bus tour in the morning.

The Apollo/Saturn V Center was a real highlight with its amazing central hall with the largest rocket ever built housed within it: Saturn V. Another great feature is the Firing Room Theater where you can see the actual consoles used for the launch of Apollo 8.

We did have to queue to see this exhibit, but it moved along quickly and you go in as a large group.  It’s a stunning experience with a bit of theatre and there are lots of exhibits to explore once you get through to Atlantis.  A must see.

Of course, there is plenty more to see here, but I’ve pulled out some of our personal highlights for you.

This error message is only visible to WordPress admins

Get all the latest updates straight to your inbox! 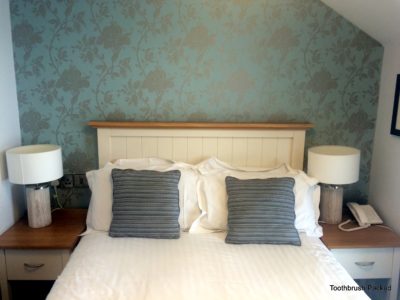